Yom Kippur (Day of Atonement) is always presented as the holiest day of the  year– a solemn occasion where you apologize to people, and spend the day fasting.

Leading up to Yom Kippur, events confirmed that a serious holiday was approaching. Going to the market was a bloodsport. The markets were swarmed, and I waited in (kind of a) line to check out for a solid 15 minutes, after dodging what felt like half the population of Tel Aviv, and their semi-abandoned carts. Stores shut down early, and when we took Finnegan to the park, the streets were empty. By the time we left the park, it was almost sundown.

And I was not anticipating what I saw filling the streets: rollerblades. There were also bikes, dogs running around in the middle of the street, and skateboards.

From when Yom Kippur started on Tuesday evening, until awhile after it ended Wednesday night there were no cars on the road the entire city (or supposedly the entire country). The airport was even closed; no flights in or out of the country on Yom Kippur. Apparently, the pollution on Yom Kippur plummets, due to the lack of cars/planes for (more than) 24 hours. All night/day, the street was packed with people riding bikes, walking, skateboardingand, of course, rollerblading. I have never seen so many rollerblades in my life. 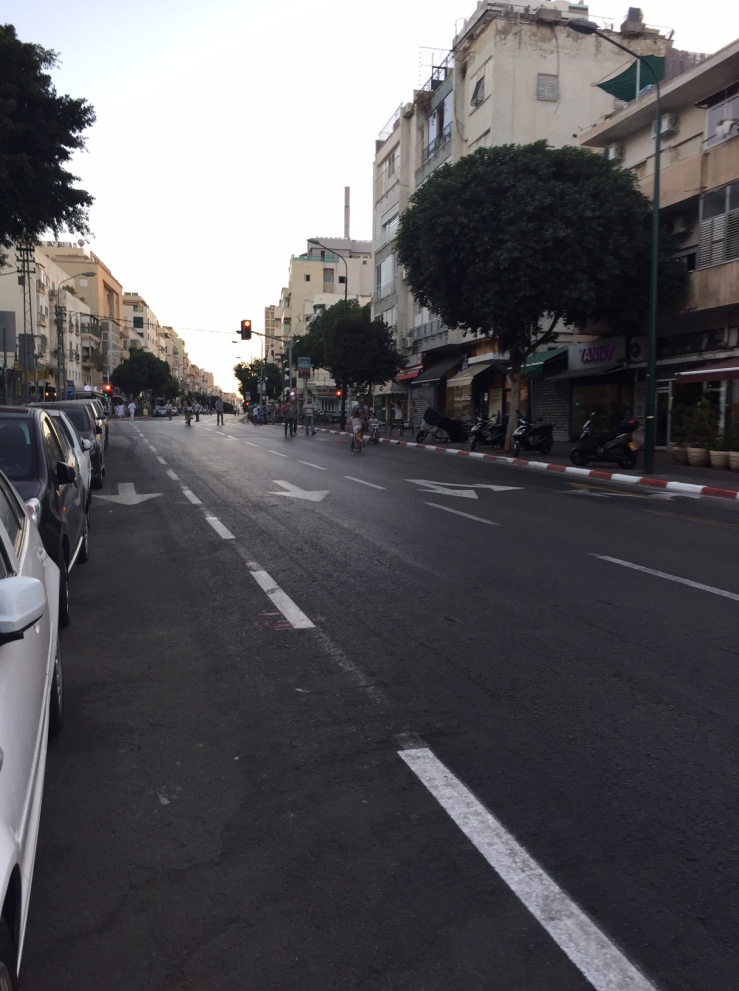 What was particularly weird was how quiet it was. Even though there were a million rollerblades, bikes, people moving couches into the middle of the street, the whole city was bizarrely hushed without cars. Our apartment looks over a major street, and it just sounded like there was a layer of cotton pads between us and the usual din.

A lot of my Ulpan class fasted for the holiday, but I think I’m on team Rollerblading > Apologizing.

2 thoughts on “The Holiest Rollerblading Day of the Year.”

This is a text widget, which allows you to add text or HTML to your sidebar. You can use them to display text, links, images, HTML, or a combination of these. Edit them in the Widget section of the Customizer.
%d bloggers like this: